It marked the 86th day of demonstrations in the city

Demonstrators hurled rocks, fireworks, pepper spray and other items at each other

By FRANCES MULRANEY FOR DAILYMAIL.COM and WIRES 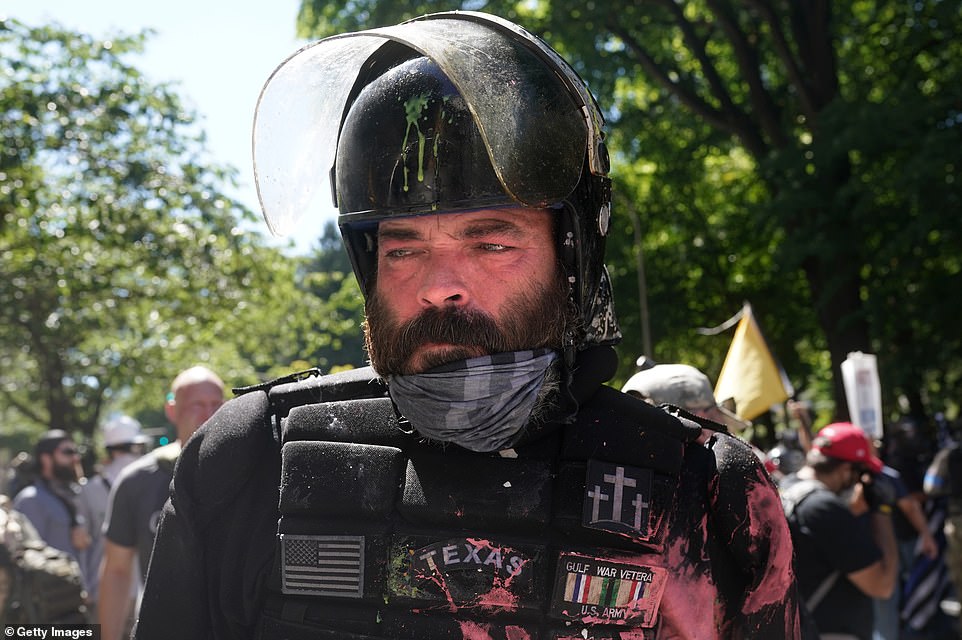 Portland police decided not to intervene as violent clashes erupted between alt-right and anti-police protesters Saturday afternoon in the 86th day of demonstrations in the city.

Demonstrators hurled rocks and other items at each other and got into fights as images showed what appeared to be hundreds of people involved, many of them wearing helmets and carrying makeshift shields.

In one shocking video shared on social media, a member of the Proud Boys appears to punch a woman viciously to the ground. Some demonstrators also appeared to use pepper spray during clashes, and at least one person appeared to pull a gun.

Despite the mayhem, police said they did not have the capacity to intervene and declare a riot. The department claimed they decided it was safer to allow the groups ‘willingly engaging’ in short bursts of violence to continue.

Cookbook Too Big To Ever Use

Who Are Kelly Clarkson’s Kids?

Kourtney Kardashian and Kendall Jenner on Their Different Childhoods

All The Big Games Coming Out In Fall 2020

The First Encounter’ by Wednesday