Within weeks, the Belgian psychologist Dr Elke Van Hoof had declared the lockdown the world’s greatest “psychological experiment” yet, an event unprecedented in speed – days and weeks – and scale, affecting an estimated 2.6 billion people, or a third of the global population.

Van Hoof, an expert in stress, burnout and trauma who chairs the Belgian Superior Health Council’s corona mental health working group, warned on April 9 of a looming secondary mental health crisis in an article published on the World Economic Forum website. That article drew on a review of 24 studies on the psychological impact of quarantine, confirming “a wide range of symptoms of psychological stress and disorder” among the quarantined, “including low mood, insomnia, stress, anxiety, anger, irritability, emotional exhaustion, depression and post-traumatic stress symptoms”.

But the lockdowns have also, by definition, been one vast, fast and largely improvised experiment in mass isolation. An experiment marked, at every turn, by serendipity, as an epidemic coming of age collided with the pandemic that may yet define it. In late March, researchers at the Massachusetts Institute of Technology in the US posted the initial findings of a study begun three years earlier, which confirmed for the first time that the analogy between loneliness and hunger was literal rather than figurative.

While those findings are yet to be peer-reviewed, they suggest our need to connect may be as fundamental as our need to feed; a similarly visceral indicator of existential threat. “Chronic social isolation might be something like long-term undernourishment, producing steady, aversive need that wears away at our wellbeing,” noted Stanford University’s Jamil Zaki, author of The War for Kindness: Building Empathy in a Fractured World, in an article in Scientific American. “These findings give a name to what countless people are experiencing right now.”

As soon as the lockdown began, those manning German helplines did indeed begin to report people ringing in saying they were more scared of isolation than COVID-19, Hertz says. In Australia, by late April, loneliness was the most commonly reported COVID-related personal stress among those the Australian Bureau of Statistics put to more than 1000 Australians, including rent, mortgage, financial or relationship difficulties. Overall, 22 per cent of people were affected, and many more women (28 per cent), who were likely to be home and caring for children, than men (16 per cent). 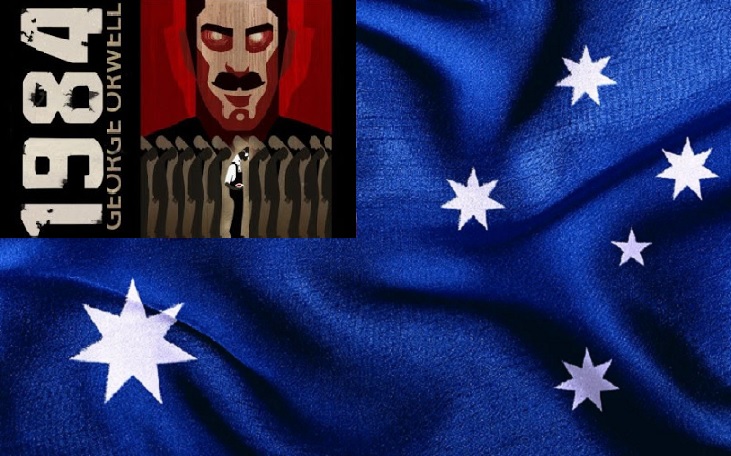 The People’s Republic of Australia founded in 1984.

We see this is a giant social experiment well researched. We are all prisoners of war – a war we never knew was waged and that we were defeated. Our leaders en masse have surrendered us. Perhaps these were the best terms they could acquire. However, they haven’t the courage to tell us. They had no courage to resist either. The end game will be the insertion of chips and nano particles to convert our genes to something more silicon in nature. This part of the conflict will be carried out inside our bodies on a microscopic level. The very consciousness you have taken for granted will turn into a prison maintained by the force that has conquered Eden. That will be the cloud as described but not understood in the bible. It is the computer cloud of what is termed the Central Entity Computer. It is a world without end, eternal life and damnation without any further connection with the God that created you. Like lemmings you ran off the cliff into the void. Resistance was fundamental not futile.

Critics Applaud ‘Mank’, A Movie About A Movie Whose Hero Is A Critic —...